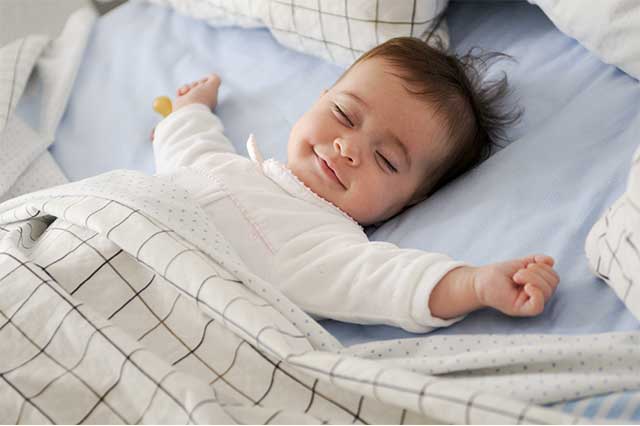 Tongue and lip tie is a condition that until quite recently has largely gone undiagnosed by many practitioners. Here at Future Dental in Cairns, we have a revolutionary laser treatment that allows your child to feed properly. Dr Bob Gibbins has used the Waterlase Laser for over 15 years to quickly and safely take care of your child’s tongue or lip tie.

Tongue tie surgery for infants and children not only addresses their current concerns but also any problems that may occur later in their lives – should they go untreated.

When is tongue and lip tie noticed?

It is often noticed first by the Midwife at birth. The Lactation Consultant or Body-Worker can also detect this issue usually by the 3rd day of life when the baby fails to latch properly. Or, within a few weeks of birth when a baby is failing to regain birth weight or mum is suffering from traumatised nipples or mastitis.

How is tongue and lip tie treated?

While there are a number of ways of releasing these restrictions, the use of a Waterlase Laser (2780nM wavelength) is regarded as the most comfortable tongue and lip tie treatment. It also has the least likelihood of any complications. Other options include the use of scissors, a scalpel, a Diode Laser, CO2 Laser or NdYag Laser, none of which carry the safety and comfort factor of the Waterlase.

Dr Bob Gibbins at Future Dental has been using electrosurgery prior to 2003 but ever since then, the Waterlase Laser

Before we proceed with any tongue or lip tie treatment, we undertake an extensive functional and medical history in any young children and toddlers. There is an optimal time to manage neonates and the stronger they are the more difficult it becomes to manage an effective release.

So, when should you treat tongue tie in a newborn?

The ideal time is probably in the first few weeks. But, depending on the infant, a tongue tie is still manageable up to about 6 months of age or even older.

Releases using the Waterlase laser are typically performed with no anaesthesia. With this technique, babies have virtually no bleeding and are generally least uncomfortable during the actual release.

Immediate postoperative pain and infection is a rarity using this particular Laser wavelength and baby may start to have a return of nerve sensation after three to four hours. For babies over 4kgs in weight and over four weeks of age, under the advice of a pharmacist or doctor, infant paracetamol drops is usually adequate to calm baby but for those too young or too small, simple breastfeeding and body contact with Mums usually relaxes baby.

At times Homeopathic Drops may be advised which we can arrange may be advised for after-care release, but they are of little value during the procedure.

At Future Dental, we work alongside Lactation Consultants and Body Workers in the lead-up to release and subsequently to re-establish correct swallowing, feeding and breathing habits. This ensures correct wound healing with minimal risk of re-attachment.

What are the benefits of doing these releases if they are diagnosed as being necessary and what are the possible consequences of failing to treat these tethered oral tissues?

The function of the tongue is fully developed by the 12th week in utero in the embryo. Any failure of separation of the brachial clefts up until this time can result in an elongated attachment of the frenum under the tongue or the upper lip. The tongue’s ability to rise up to the hard palate is essential for the normal skeletal development of the lower and middle face. The tongue resting against the hard palate brings about the normal expansion of the palate and assists in the development of the nasal airways.

Ankyloglossia which is the restriction of the tongue’s range of movement caused by these elongated and often deep frenula, prevents the natural widening of the palate and nasal airways and results in a high narrow palate and frequently a deviated nasal septum. Often this results in mouth-breathing problems for life and can result in sleep disordered breathing, upper airway resistance syndrome and even obstructive sleep apnoea. It has Ben been associated with SIDS.

Why is mouth-breathing a problem?

There are numerous reasons but the most important one is that normal nose-breathing results in the production from the nasal and para-nasal secretion of a gas Nitric Oxide which, when added to the air we breathe in, increases the exchange of Oxygen and Carbon Dioxide in the lungs.

This ensures adequate oxygenation to the entire body and is the most critical role of nose-breathing.

Mouth-breathing has at times been seen to occur with frequent tonsillitis in children but this direct cause-effect has not been established.

It is also frequently seen along with frequent middle ear infections.

The lack of normal movement of the tongue is often responsible for significant breastfeeding difficulties for mother and child and frequently results in cessation of breastfeeding by Mum’s in real pain.

The narrow palate that results often causes crowding of the teeth which needs orthodontic treatment later by age 8-13.

It is also associated with the development of a skeletal long face in the growing child.

An initial assessment is performed by the referring practitioner be that the Midwife, IBCLC, Lactation Consultant, GP Doctor or Paediatrician, Chiropractor, Osteopath, Dental Hygienist or Therapist or other Dentist.

All infants treated at Future Dental are on referral from one of these clinicians.

As such, most parents are well aware of the reasons to consider the surgical release of this tethered tissue.

We will ensure that you fill out our supplied Infant Medical History and Infant Functional History as well as the Maternal Functional History. We also need to know in infants under 2 months that baby had their Vitamin K injection in maternity in the first few days after birth.

We usually expect parents to have read through all this information along with our written information and Informed Consent forms prior to coming along. We also need to know whether you wish to attend just for a consultation and assessment or whether you are expecting the Laser Surgical Frenectomy/ Frenotomy to be done at your visit.

We most strongly advise all parents to have commenced treatment with our local Chiropractor and IBCLC before any release is performed. Parents will need to continue these treatments after the releases are done also as these two key members of the management team for tongue and lip ties play an essential role in the outcome of treatment.

We will give you links to watch on YouTube to demonstrate the stretches that parents must perform for 2 full months after the releases are done. We strongly advise you to watch these before attending as if you believe you are not prepared to follow through with these essential stretches afterwards, Dr Gibbins will be forced to refuse to perform these releases.

Dr Gibbins first received formal training in these procedures through the World Clinical Laser Institute. This is where he received training in four countries for the surgical management of these restrictions. From 2003 until recently, he also undertook advanced training through the Australian based Tongue Tie Institute, the internationally accepted and most respected organisation in the management of these problems. He has read numerous books on the subject and also received training through EODO or Excellence in Orthodontics and Dento-Facial Orthopedics in Sydney.

Tongue and lip ties can affect any age and a different assessment based on the individual impact of the restriction is done. Between six months and six years, it is very difficult to attempt these releases using no anaesthesia. At times Myofunctional Therapy can commence in this age group and we may suggest the use of a functional appliance called a MyoMunchee for a young child to help develop correct tongue posture, swallowing and breathing.

Between six months and a year of age, we recommend that any release deemed necessary to be done through the Tongue Tie Institute in Brisbane by either Dr Marjan Jones or Dr Dan Hanson.  After 12 months and up to age six years, a General Anaesthetic is usually the most manageable way to do these releases and this can be arranged through our office after assessment.

To find out more about our tongue and lip treatments or to make an appointment with Dr Gibbins, please click here.

Posted in: Latest News and Information